UN CAPRICHO DE PRODUCCIONES (UCP) is an independent production company based in Barcelona and founded in 2015 by Belén Sánchez and Santi Suárez.

We have produced many audiovisual pieces, from feature films and documentaries, to short films and TV shows, as well as corporate videos and branded content. We work to produce between two to three large projects per year, either in-house productions or national and/or international co-productions. We always try to ensure that our films or programs achieve the greatest possible impact through premieres at major festivals such as San Sebastián, IDFA, Berlinale, Palm Springs or Malaga. Most of our productions have received the support of several different institutions or official programs (Eurimages, ICAA, ICEC, Movistar+, TVE, TVC).

We want to create, publicize and share original stories while reaching for the highest possible quality with every production.

Mother, producer and partner at Un Capricho de Producciones, her most recent film projects include THE INNOCENCE (2019), a fiction feature film directed by Lucía Alemany Compte, which premiered at the San Sebastian International Film Festival; FACING THE WIND (2018) a fiction feature film directed by Meritxell Colell Aparicio, which premiered at the Berlinale; AINHOA, YO NO SOY ESA, a feature documentary that uses stock footage directed by Carolina Astudillo Muñoz and winner of the documentary section at the 2018 Malaga Festival; SINGLED [OUT], a feature documentary directed by Mariona Guiu and Ariadna Relea, which premiered at SEMINCI. In 2020, Belén was chosen by Variety Magazine as one of the Spanish producers on the rise with the highest international impact and in 2022 she is participating in the Cannes Marche du Film’s Producers Network as part of their Producer Under the Spotlight program. This year she is releasing the documentary series LA PELL DELS MURS (different directors, CIRCOM award for best Music and Arts series) and the fiction feature films DÚO (2022, Meritxell Colell), and WE WON’T KILL EACH OTHER WITH GUNS (2022, María Ripoll).

Santi Suárez, born in Reus, has a degree in Journalism and Sociology, as well as a higher degree in Audiovisual Communication and Demography. From a young age, he knew what he wanted to be when he grew up: either a tap dancer or a film director. Even though he tried, he soon realized that tap was not his thing. Instead, he realized that he was much better at film and television, so he became a screenwriter, producer and director.

He began his career in the audiovisual sector more than 30 years ago. He remembers with special affection “Una Altra Cosa (Something Else)”, a comedy show that he helped develop during his time at the production company EL TERRAT. His latest projects have been “La Innocència (The Innocence)” (2019, Lucía Alemany), “Nosotros No Nos Mataremos Con Pistolas (We Will Not Kill Each Other with Guns)” (2022, Maria Ripoll) and the documentary series “La Pell dels Murs” (2022, TV3).

Currently, in addition to being responsible for content at UN CAPRICHO DE PRODUCCIONES, he also teaches at the Universitat Autònoma of Barcelona and occasionally works on projects from other producers and television companies. In addition, he is developing a documentary feature film, “In Memoriam Biel”, about the poet and intellectual Gabriel Ferrater, as well as a fiction feature film titled, “The Summer of Love”, centered around the figure of Fernande Olivier, Pablo Picasso’s companion.

Santi has received several awards throughout his artistic career, among them: a National Award for Communication of Proximity (Canal Reus TV), an Award from the TV Academy for Best Autonomous Entertainment Program (“Una Altra Cosa [Something Else]”, TV3) and an Ondas award for Best Program Entertainment (“Buenafuente”, Antena3).

Patricia Fombella, born in Buenos Aires, graduated in Philosophy at the University of Barcelona. As a result of her studies, Patricia has developed a critical outlook on the world around her and, ever since she started working in the film industry, she has applied this vision to projects that focus on themes that deal with the human condition, everyday life, and social issues.

Patricia is an essential member of UN CAPRICHO DE PRODUCCIONES, thanks to her original approach to both the development and distribution of new projects. She has had extensive practice in content marketing through VOD platforms, acquired during her professional experience at Planeta Junior (DeAPlaneta), where she worked in the production and international distribution of children’s audiovisual content. Patricia joined the UN CAPRICHO DE PRODUCCIONES team as production coordinator and producer in order to explore new windows of exploitation.

Most recently, she has been involved in the documentary series on urban art “La Pell dels Murs” (2022, TV3) as the unit production manager, and she is currently collaborating in the development and management of several film and television projects within the company.

Queralt Pons Serra, born in Puig-reig (Berguedà), graduated in Audiovisual Communication from the University Pompeu Fabra of Barcelona. The closest cinema she had while growing up was a 30-minute drive away, so, being as passionate as she is about film, she’s always had to find different ways to discover new movies and filmmakers. She loves teamwork and making the ideas of her colleagues come to life. During her college years, she participated in several short films and in the feature film “Júlia ist” (Zonazine Best Film and Best Direction at the Malaga Film Festival).

Queralt began her professional career at CATALAN FILMS & TV, where she first joined as an intern, and then, shortly after, became responsible for Shortcat (the international promotion program for short films in Catalonia), as well as becoming a consultant for international markets and festivals.

After six years at Catalan Films & TV, she decided to change the course of her career and, in October 2019, she was selected to participate in the professional development program NEXT WAVE, run by the German Film and TV Academy (DFB) in Berlin. There, she and four of her colleagues founded the film distribution agency MORETHAN, which promotes the projects of new filmmakers to international market. During the summer of 2021, she participated in the Locarno Industry Academy.

In the meantime, she collaborates with UN CAPRICHO DE PRODUCCIONES, developing and financing independent films.

We are members of:

We produce with the support of: 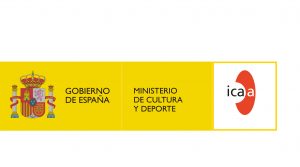 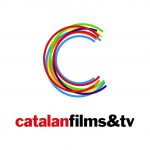 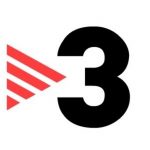 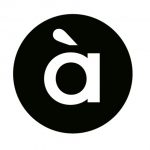